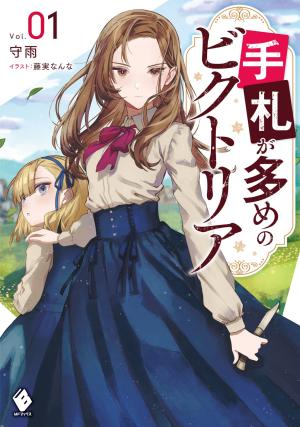 Haggle Kingdom operative Chloe (later Victoria), triggered by an event, decided that ‘There is no reason to continue working here anymore’.

So she disappeared from the organization by staging a scene that could be taken as either an accident or suicide.

She then entered the Kingdom of Ashbury, two Kingdoms away, changed her name to Victoria, and decided to start her life over as a normal person.

However, on the first day of her entry, she reluctantly became the guardian of an abandoned child. In the process of protecting the child, she seemed to have left a good impression on the leader of the Second Knights’ Order, but she is wary, as a former operative who had fled the organization, she can’t get deeply involved with a knight who pledges loyalty to the nation.

Victoria tries to use her knowledge, skills, and talents that she has cultivated during her operative days to protect herself and her girl and lead an ordinary civil life but …

Victoria, unaware of her loneliness at the bottom of her heart as an operative, notices the many things she lacks in addition to her loneliness in the process of leaving her organization and living as an ordinary commoner.

This is the story of a 27-year-old woman trying to repair her lacking life.