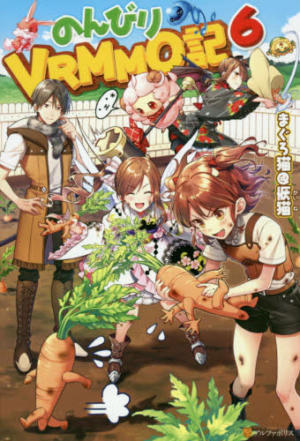 In the year 2xxx, the VR technology in Japan advanced by leaps and bounds. Although it was a little strange at first, it soon become commonplace. By the recommendation of his twin sisters Hibari and Hitaki, he started to play the VRMMO [REAL & MAKE]. While being taught by these two people…. Playing a game that doesn’t seem to be a game while feeling both familiar and unfamiliar at the same time. Single-mindlessly playing, hunting, charmfully taming, producing realistic feats of dexterity and cooking realistic cuisine with the force of a household husband. It is a story of being watched by the players and AI inhabitants of the bulletin board.