Reincarnated After 200 Years, the Six Elves Who Once Served Me Are Now at the Center of the World 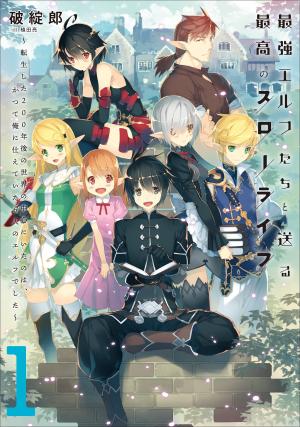 There was elf s*avery in the country where I was born and raised.

Their treatment is horrible. I want to change this thinking…

Ficelle was a young genius magician who made a fortune by developing a new recovery medicine. One day, he decided to buy some elf s*aves by chance, but after interacting with them, he realised that something was wrong with his country’s society. He became determined to revolutionize it for the sake of the elves’ freedom.

However, in the middle of his plans, he collapsed from overwork and, on his deathbed, realised he couldn’t change the world himself and cast an incomplete reincarnation magic, hoping to some day return and see the world changed by his six disciples.

He then woke up 200 years after his death, and at the heart of this new world were the six elves who served him long ago who have become great men and women and founded a new country. But even after 200 years, they still yearn for Ficelle.

From here begins a slow life that transcends race and status, of Ficelle, who was reborn with no magical talent or sword skill in his second life, and the talented elves who have become the center of the world.