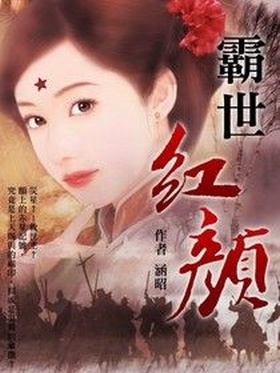 Ling Ruoshan was from a prestigious family in the Shuanghua Kingdom, one of the nine satellite countries of the Niyue Kingdom. She was sent to a monastery after birth because of her birthmark signifying war, where she practiced martial arts and military skills. After failing to join the military disguised as a man and being harmed by her half-brother Ruosong, she was forced to go to the distant kingdom of Fanling. The ruler of Fanling, Xing Qingyang, refused to let her fight any battles after seeing her birthmark, but she eventually met Xing’s younger son, Xing Zhenzhou, who, frustrated by a lack of attention from his father, asked Ruoshan to go back to her homeland as a spy.

When a sudden coup broke out in Shuanghua, the ruler’s nephew, Qi Huaixin, poisoned his uncle and cousin. After Ruoshan witnessed her father being forced to commit suicide, she realized the truth, that the coup was staged by the rulers of Fanling. People of both countries were being used by Xing Qingyang and Qi Huaixin. When Xing Zhenzhou refused to marry Qi Huaili, the princess of Shuanghua, his older brother Zhenying took his place. Ruoshan changed her name to Leng Xinghuan and grew close to Zhenzhou, but she was still bitter that Qingyang’s plotting led to her father’s death. Unable to help the kingdom of Fanling, Leng Xinhuan left for the kingdom of Lieluo.