Rebuilding Base is Under Construction 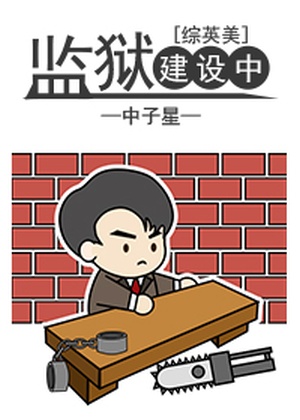 Zhang Dianyu became the warden of a Prison Building Game.

Since many strange prisoners have been sent to this prison, his daily report had become like this:

-A hydra prisoner tried to infiltrate the D-Area as a guard causing a small-scale riot – Spent huge sums to stop them.

-A certain psychiatric “villain” attempted to blast the wall to escape from prison – Spent huge sums to stop it.

-An expert in jailbreak tried to dig a tunnel to escape – Spent huge sums to stop him.

Zhang Dianyu: There seems to be an error on this game?

Insider Natasha: … What kind of prison is this! It isn’t right!

Prisoners: All the newcomers are good-looking and talented… If I want to get a good conduct time I better stay away from them.

Zhang Dianyu: For some reasons, the prisoners’ work enthusiasm is unprecedentedly high yet why is the prison’s situation getting poorer?

In order to reduce the jailbreak rate and build a harmonious and civilized prison, Zhang Dian Yu decided to put on a vest and teach the prisoners to conduct oneself.

The only problem is that abandoning an NPC (horse) incurs death.

Since it’s impossible to get off the horse, you only have to be careful on not falling off the horse in this life.