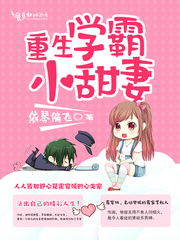 Huo Yanqing: The powerful and famous successor of the Huo family in Fangcheng. Rumors say that he is temperamental and ruthless and doesn’t like females. Once, an actress wanted to touch his cheek. He got rid of her arm on the spot. The rumors say that he is so handsome that he is not of this world. He is an enticing male god with self-restraint. It’s a pity that he is blind.

In her previous life, Shu Xin’s slag sister stole her boyfriend, took away her father, and switched out her heart. Shu Xian finally died of heart failure.

After rebirth, she vows to take back everything that was hers and live a wonderful life! She will tear apart her slag sister, drive away her stepmother, and abuse her boyfriend. She also transforms from an unknown university student into a famous national architectural design master.

Along the way, that eminent and unapproachable man has always been protecting her. He says, “Xin’er, go ahead and do it. Even if you stab a hole in the sky, I will fill it in for you.”

Later on, everyone in Fangcheng finds out that Shu Xin is Hua Yanqing’s spoiled darling.