Reborn Into a Primitive Society to Raise Babies 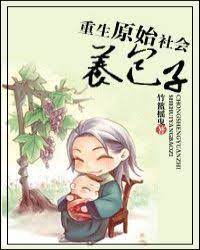 Li Feng is probably the unluckiest person to transmigrate. A typhoon appeared out of nowhere and, in the end, Li Feng’s body was unexpectedly hit by a lightning bolt. Then, his soul left his body and he transmigrated. Li Fen didn’t mind transmigrating because maybe he could find his Mr. Right. However, he instantly wanted to die again!

His stomach was big from being pregnant! But he was still a man!

Oh, God, why did you strike me with lightning and send me here?! What kind of world was this? Why did he have to have children when he was a man? What was this place? Why was he surrounded by primitive people? They were running around barefoot with animal hide clothing and their unkempt hair down!