Rebirth of the National Male God 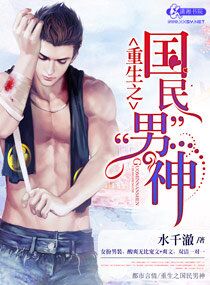 In her previous life, Si Huang was framed and controlled by her relatives. She was crowned as the movie emperor. However, she could only die without a burial ground.

Unexpectedly reborn, she once again returned to the starting point and obtained a unique inheritance.

Si Huang touched his chin and thought: It is indeed fabulous to be reborn. She can settle all the old debts and take revenge on old enemies.

Back on the throne of the entertainment circle, she is now the first male god in the eyes of all women.

Wielding the power of darkness, she is the dark hand controlling everything behind the scenes.

A word to decide the stock market, she is the mysterious little god of wealth in the eyes of all businessmen.

A skilled punch to the enemy, she is a small overlord in the eyes of the army men.

En… what’s more, she is the apple of someone’s eyes.

However, one day, when everyone comes to know that this person is a woman, the entire country boils!

Facing a group who are rushing forth like wild bees unrestrainedly, a certain man sneers: the wife that this old man has been protecting for so long, who dares to snatch from him?

“Reporting to the boss, Li family’s young master asked Young Master Si out for a meal.”

“Shut down his family’s hotel.”

“Tell the military doctor to take ‘special care’ of the patient”

“The ‘special care’ is for that one of Wang family.”

Many years later, the little bun pointed to the list of ‘Most Desired Men and Women’ chosen by the citizens. He looked at the man next to him with a tangled expression.

Little bun twiddled his fingers for half a day and asked, “In the end, are you my father or my mother?”