Rebirth Of A Virtuous Wife 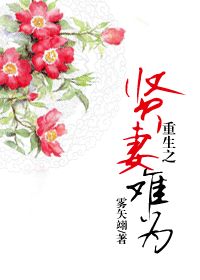 The Prince of Su Wang, Chu Ba Ning is not famous because of his great status and power, but because legend has it that whoever becomes his wife will be cursed to death, with no children to inherit his fortunes.

Ever since the Emperor betrothed Lu Shao Qi to Chu Ba Ning, everyone had predicted that she will not be living any longer. Even the biggest casino in the capital city would gamble and bet how she would die. The side-concubines gifted to the Prince of Su Wang would also cry and kneel to the ground to hug Lu Shao Qi’s legs, begging for her to not drag them to death with her.

Lu Shao Qi complains: Heavens! Is it easy to find a virtuous wife like me? Such a fortune and you don’t know how to appreciate it!

This is a story about a modern girl who sets a goal to become a virtuous wife after being reborn into an ancient era. But she later discovers that her husband, the prince has OCD and has rumours of being cursed to be wifeless and have no children. As a result, our female lead is accused of being a controlling wife and she has no way out now.