Rebirth of a Star General 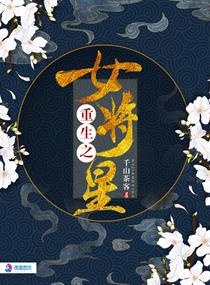 He Yan was born to be a Star General.

She was merely a stepping stone for her family, and was used as her brother’s substitute. She had fought on the battlefields for years, bringing peace to Xi Qiang, stopping the barbarians… When her brother recovered, she gave up her position with great laurels brought to her name. Without further ado, she was married off.

During her married life, she was forsaken by her husband and even suffered from a strange illness, thereby losing her eyesight…

The young and pretty concubine stood in front of her, speaking softly: “The decoction you had drunk that made you blind, was instructed to be send to you by the elders of your family. But as you know, the dead tell no tales. If you live, you will be your family’s greatest threat!”

A great general of her time, the heroine of the country, died pitifully in the hands of those shameless women, who only knew to fight for a man’s favor… How absurd!

When she opened her eyes again, she had become the drill fields officer’s daughter, who was weak and arrogant, innocent and naive.

They had stolen her glory, taken her life, lead her army and betrayed her feelings! She had crawled back from the depths of hell and would take back everything she had lost, one by one.

Bring the world under her feet and with her beauty and nobility, overwhelm the nine prefectures!

But would she get out easily once she entered the barracks?

Hardly did she begin her adventures when He Yan met her arch-enemy of the previous lifetime, that young hunk whose “enemies would retreat as soon as he attacked”.

The chic and cool female general versus the handsome and ravenous young man. Two efficient generals team up to conquer the world!