Reasons to Protect the Witch’s Son 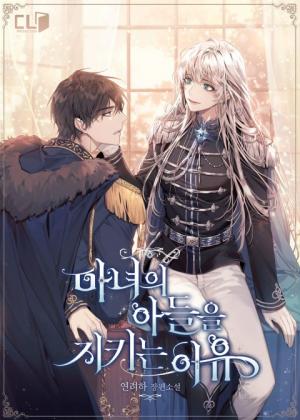 There was a witch who slaughtered thousands of people and destroyed the royal capital.

But on that night, a tragedy occurred.

Elaine loses everything and wakes up in the world 20 years later.

With the witch’s heart in her chest.

“He and my child… protect Reich.”

That was the witch’s last request.

To protect him, she sets off to find Reich, but the young and innocent child has become a cold man.

His purple eyes stared at her dryly.

“Are you Miss Elaine?”

However, Elaine persists, drawing a sword to keep her promise.

And in front of Elaine, the truth about the witch’s death and that fateful night begins to be revealed…