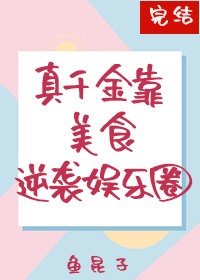 She is an ancient profound iron ladle from the cultivation realm. Since she has become a spirit, her only obsession is cultivating a fragrant and soft female body.

A sky thunder smashed her into a wealthy family novel, and she became a true missy who had been wronged in life.

The real missy is the opposite of the fake. She loves vanity and lacks IQ. She is married to the half-paralyzed young uncle of the hero. She focuses on destroying the relationship between the heroine and the hero and ends up miserably.

Faced with the plot of a dog’s blood novel, she has only one thought: Great. She can finally be a cute and charming girl.

Later, she shook ten pounds of iron wok in one hand and kicked a big pervert to cry and whimpers.

Everyone: Do you have any misunderstandings about the words “cute and charming”?

Tang Qiaoqiao has good cooking skills. She cooks on one show and also on the next show. While filming, she also works part-time as a chef in the crew. She has become popular.

Her black fans turned to love her and only wished to eat her food. Her co-actor would rather freeload her meal. A director strongly invited her to act because she cured his stomach disease…

A certain president who wants to monopolize her: Enough. She only cooks for me!

Shen Yue was paralyzed after a car accident. His temperament changed drastically, and his life seemed to fall into the boundless darkness.

At this time, she was the only light in his life. Not only she healed his legs, captured his stomach, but also occupied his heart.

What, if his legs are cured, they will get divorced?

Don’t even think about it!