Real Farm in Another World 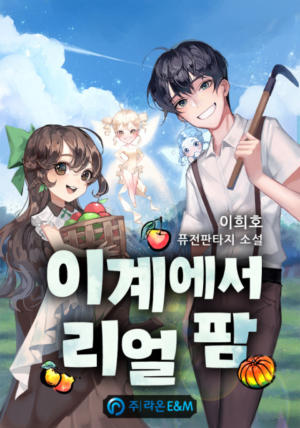 At the start of the 21st Century a virus occurred that has put worldwide agriculture production at zero.

The world is on the brink of famine due to a virus destroying all food crops and the human population is decreasing.

Han Gun Woo He sees a commercial for a game that gives real food in-exchange for playing, however he loses consciousness in game, when he wakes up he isn’t able to log out stuck in a new world that isn’t earth. Despite his dark circumstance he begins to farm crops that produce magical powers.

In the game the farmer maintains his game ability to harvest crops every two to four hours, and then produce food by farming three to four times a day.

Making friends with spirits, socializing with elves, and being close to Orcs prepare for the coming disastrous adventure …

Things are starting to become exciting.