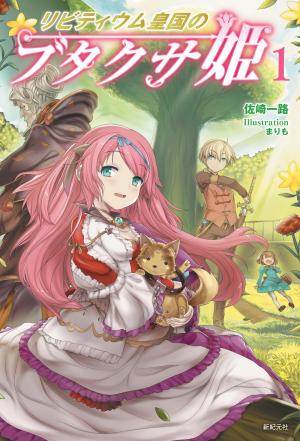 In the Frontier County of Aulanthia of the Livitium Imperial Kingdom, there lives Princess Syltianna who is……so ugly, both in her face and in her personality. One day, Princess Syltianna, widely known with the name the Ragweed Princess of the Livitium Imperial Kingdom, is evicted by the First Queen Consort and killed in a dark forest inhabited by demon beasts. She is then saved by a passing witch, and upon her revival, she regains her memory of her previous life as a high school boy on Earth, and decides to live in the forest as the witch’s apprentice.

“Nobles and whatnot are just a pain in the back, I’d rather live as a commoner,” she says, deciding to wash her hands off of it. Moreover, she goes the whole way to diet in between her devout training as a witch. She is supposed to live a quiet life, but after overachieving so many things, she brings her own downfall. She thinks to herself “Huh? What about my plan to live a life secretly like a weed in a forest?”

This is largely a heartwarming fantasy story. The characters are modeled after the familiar fairytale format, with princes, witches, and evil queens, but our MC is just too strong to be dealt with by any ordinary means.