Queen Victoria Winner Ostwen is the Proudest in the World 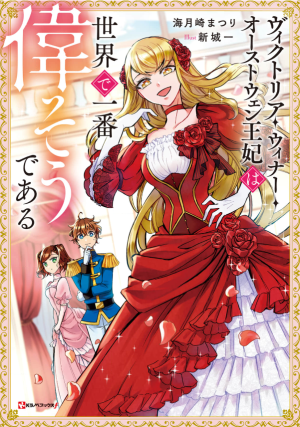 “I annul our engagement!”

The prince announced his engagement to the beautiful, blonde Lady Victoria annulled. Her aura was like that of an empress and supreme ruler. The proudest Lady Victoria Winner Gloria becomes the queen consort and walks the greatest path while having people swoon over her today as well.

This is a rom-com about an aristocratic lady who thinks she’s the greatest in the world and can uppercut the conversation the moment it begins. Huh? Was this how villainess characters acted again?

A queen consort acting like the empress with the aura of a supreme ruler dotes on the king and pins him against the wall. While charming those around her, the pompous queen consort cares of nothing else as she dashes through the city streets. The story of the queen who thinks she’s the greatest starts here.