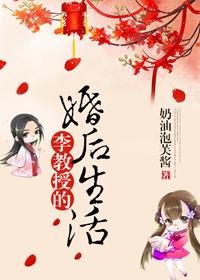 University professor, Li Cheng, was electrocuted to death by a leaky water heater. Unexpectedly, his soul transmigrated into ancient times and he became a scholar with poor character.

This scholar had only touched the water’s surface in his pursuit of knowledge and yet puts on an act of one who is better than others as he dreams of reaching heaven in a single bound.

One day, the Marquis of highest virtue holds a banquet at his residence and the scholar somehow borrows another’s prestige to attend the banquet.

In the Marquis’ residence, the scheming favored concubine’s daughter and the short-sighted and brainless unfavored eldest legitimate daughter battled to survive. The unfavored eldest daughter falls into the lotus pond but the scholar immediately jumps in to rescue the young lady who has fallen.

But woe! The young lady was innocent, but could only be kicked out by the Old Matriarch and pushed onto the scholar from a very ordinary family.

The concubine’s daughter had won a victory, and the eldest daughter could only cry her heart out!

On the day of their matrimony, the scholar was knocked unconscious by his angry wife with a porcelain pillow! When he woke up, his face may be the same but now the serious Professor Li lay within his shell.

After being single for most of his life, Professor Li squinted his eyes as he wore his poker face that had been perfected for over ten years. Which student wasn’t afraid of this poker face of his?

The eldest daughter’s imposing manner withered at once.

Seeing an adolescent girl who was in junior high at most in front of him, he felt his head ache.

– A young gentleman teaches his wife.

Professor Li: A rebellious student who has not been taught correctly from the start must be broken down to their roots and built back up.

Gu Qingci: Wuwuwu, when will my husband consummate our marriage?