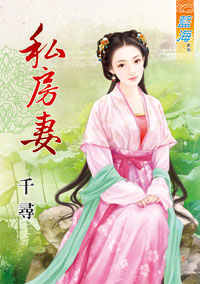 I heard that the devil incarnate Shēn Jǐngrán by chance was poisoned by a woman and temporary became a handicapped person and was captured as a pawn.

Sexy body, beautiful and alluring appearance, proud of one’s career, she Hán Xīfān is among the successful people.

even if in love always encounters people who are hardly warm and virtuous, she’s still living a very happy life.

It’s just that she didn’t think God would be so fierce, she went to her ex-boyfriend’s wedding reception, intoxicated later awaken, however she crossed!

The big chest turned into a flat chest, long beautiful legs transformed into a thin matchstick and at one side is a paralyzed man who it is said to be his husband.

Please! her one’s lifetime is just be a leading role, never at once to run past a costume of minor characters in opera, OK.

In order to be able to live into the ancient times, she drew a blueprint for a wheelchair and a rocking chair. She sold it to a shop to earn money.

Even displayed her good cooking skills, almost fattening up the six-block muscle.

She thought he was a pauper and didn’t expect that the jade pendant she took out can buy the whole street of the gold storefront,

The more she gets along with him, the more she felt attached to him. His tenderness made her not want to act as a strong woman, she just wants to lean on him.

The smooth days permit her to feel happiness, who would have thought that the neighbor who introduced the miracle doctor unexpectedly diagnosed him with no disability.

not only his martial arts is exceptional, but also his identity is respectable, the emperor dote on and trust him and bestowed him a princess to marry.

Shēn Jǐng Rán then cries out his grievances: “Niángzǐ you just listen to half of your words and run away. You didn’t hear what I was saying back there, resisting imperial decree, withdrawing from marriage.”