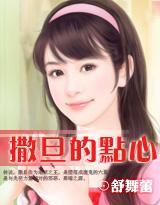 He was an Asura from hell, just wanted to tear her with his bloody fangs. He was vicious, ruthless, like a night of the devil step by step on the road to revenge.

She was just an ordinary girl, but she had to make a deal with him, at the expense of self-sacrificing into eternal hell.

They were sisters, but because he hated her, he let her and his sister kill each other. When everything was over, he still wanted to pester her, even trying to take her as his wife. That won’t do, she absolutely cannot succumb to his desire, after he hurt her so deeply, she will never be with him!

If she wants to cast him aside, then, escape, could be the only answer……