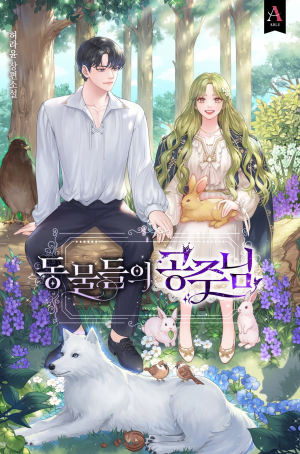 Princess of The Animals

Outside the eyes of her father, she lives in isolation from people.

“It’s okay, because I have you guys.”

However, she was never lonely thanks to her ability to communicate with animals.

One day, even though Elysee thought she would just live her life like this…

“Your marriage has been decided.”

In another word, she was sold off in a marriage.

To Kale Phinea, Prince of the Northern Continent, known as the Land of the Barbarians!

[ “The food was adjusted to suit your taste as much as possible.” ]

The rumors that they were savages were overshadowed, in reality, they were friendly and dignified.

Kale Phinea, who has a beautiful appearance that doesn’t seem to match with the word barbarian. Oh, just looking at him, her heart was already fluttering.

…Why are you so good to me?

“Is it because of the marital responsibility of the Northern Continent?”

Contrary to Elysee’s straightforward question, his voice was passive.

“That’s right. I feel a great responsibility for you.”

“But, you can’t do everything just because of the word responsibility.”

She stared at Kale blankly.

He seemed to be smiling, and at the same time, something soared from inside her that made Elysee’ throat sore.

“You are stronger and greater than anyone I know.”