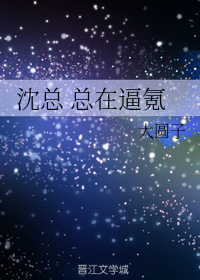 Yuan San Pang shouted at his teammate next to him, “Wu Fei, we both will die if you still don’t let your husband out!”

Wu Fei shouted back in a panic, ”Don’t talk nonsense, okay? Besides, it’s not me who won’t let him out but it’s him who won’t come out!”

With a loud bang sound from the burst of fire, the three thousand year old turtle in front of them was seriously injured and forced to withdraw.

The planner on the other side has aimed his skill towards both of them.

Wu Fei already prepared to close his eyes and wait for death.

The huge sound of flapping wings came has came closer and he heard a short cried out from San Pang next to him.

The tall and handsome fallen angel covered him as he stood on the sky against the light.

San Pang almost cried out, “Xing Shen you have finally come out, as long as this San Pang doesn’t die tonight I will definitely offer Wu Fei with both hands!”

Young game designer Wu Fei was in a car accident and went into coma for three years in the hospital. Three years later, he woke up and found out that his family has a huge debt of ten millions, and the whole earth undergoing big changes, turning his life upside down.

In order to repay his debt, Wu Fei took part in the “Final Plan”, the only remnant handed down by the legendary level 5 planet civilization.

It turned out … the legendary “Final Plan” is simply a large scale card drawing game!

Guess what I’ll draw out this time?