Powerful Skull in The Last Days 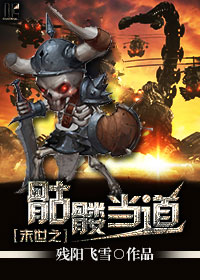 A small skeleton in the undead world inadvertently passed through to the end of the world. His limited IQ found that his boss seemed to be weak. As a good value, he decided to protect the boss first. When he was annoyed, he would do it directly. Turn the boss to his own position. Gao Shuo inadvertently encountered a strange encounter. At first, he used this skeleton as a combat partner to raise it. Until one day, this skeleton became a man, and Gao Shuo made a new decision. Don’t hesitate to rush to eat. Meng pet sweet text! ! ! (Little Skeleton) The Lord is accepted by the Lord! ! ! The important thing is that the protagonist can be transformed between the monks and the people three times.