Portrait of Queen Berta: I Accidentally Got Pregnant With His Majesty’s Child 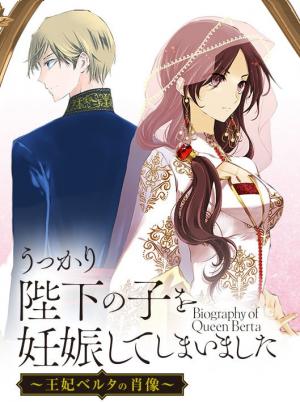 Berta’s marriage was suddenly arranged, she will become the second consort of the King.

The current royal family that values the lineage over all, with several generations of consanguineous marriages, to preserve its “purity”.

The politics of the Kingdom, following the idea of the pure blood noblemen’s superiority, caused the national power to decline.

To retain the power of the Kingdom, the Royal Family decided to take a desperate measure, a marriage with a woman from the ethnic group to which belongs the majority of the population.

The bitterness of this act… Those who were previously considered a subjugated group of people living on the frontiers.

The chosen bride is Berta, the first daughter of the current lord of Kasha, the largest estate on the frontier and also a powerful faction.

The marriage life started in hard mode, a husband that doesn’t love her, a Queen that hates her, however, she still is forced to fulfill her role duties.

Berta has decided to endure the hardship, that were already expected by her, and wait for the day when there’s no more need of her in the palace, and she can return home.

However, Berta’s initial plans are ruined by an unexpected situation.

After passing three nights with the King, as the royal rules dictated for a newlywed bride, Berta got pregnant with His Majesty’s child!!