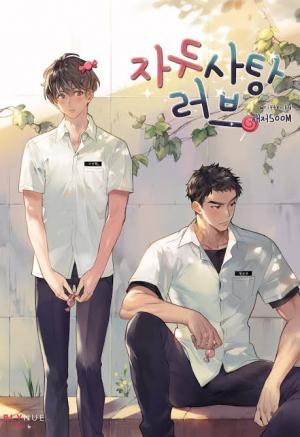 Young-hyun, who was in school suffered from the heat and had to leave early.

He runs across Dae-han, a well-known bully in the alley on his way home. Young-hyun, who is afraid of him, attempts to walk pass him as if he isn’t there.

However, Dae-han suddenly calls Yeong-hyun’s name and asks a lot of questions, then grabs Young-hyun’s wrist and heading to the cafe.

Young-hyun, who usually had no contact with the bully is uncomfortable spending time with him. He then gives him money because he thinks that Dae-han brought him to take money from him, but Dae-han said some absurd things…?

What is the bully’s ulterior motive?