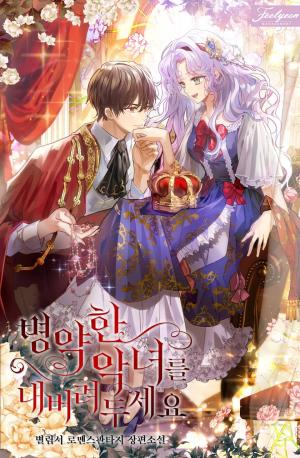 As I became conscious of my new body, I understood my fate was to be a crippled and mentally sick lady with an incurable condition.

Nonetheless, I was familiar with the novel’s plot, so I decided to leave that minefield.

“I made a decision. I can’t go on living like this.”

“Why? Are you going to flee? Noonim, take me with you.”

His angelic face calling me ‘noona’ even though we didn’t have an ounce of blood mixed, was too foreboding.

It didn’t matter, though. I was determined to live my life to the fullest!

“Did you hate me enough to run away to another country with that weak body of yours?”

The male lead smiled sweetly as he picked up a handkerchief soaked in blood that I had thrown randomly.

“You said you’d be by my side for the rest of your life. You have to keep your promise… If not, I’ll go crazy, noonim.”

I think the male lead darkened after I ran away…?