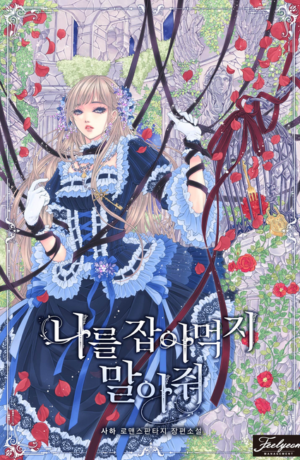 She was reincarnated in a 19th-century male-directed fantasy novel.

There’s no heroine in this nasty and brutal B-rated drama film novel.

That’s because he’d killed everyone.

In this novel, which has no dream or hope, She was destined to be eaten alive by the protagonist.

But before she met the main character, the house was ruined.

Being eaten by the main character or starved to death?

After agonizing, she decided to sell her body.

The main character sealed the deal.

The price is 5 billion marcas.

It’s a not such a bad deal for both the hero and her.

“How come a woman who sells herself in the slums is more important than the Emperor’s name!”

The owner of the voice was a young knight. The knights hurried to restrain him, but the beans were already spilled. The captain of the Knights apologized with a cold sweat.

“I apologize, Your Excellency. I have nothing to say. All because I’m not good enough…”

While the knights were at their wits’ end, I approached Zahid. Zahid looked back at me, and then looking at the sword’s blade that shone throught the moonlight. I reached out to him.

“Give me the sword.”

“I don’t want to give it to you. He insulted you.”

I looked straight up at the knights that spoke insulting words.