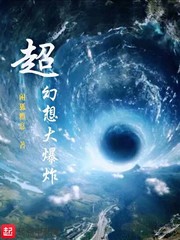 While standing beneath the Heavens, have you ever harboured doubts about the world you’re in?

Some people had obtained the Scholar System and in just a few short years, they became the repository of humanity’s knowledge and became known as the master of all knowledge of the human civilisation.

Then there are some that received divine blessings and embarked on a path to pursue the Dao of Martial Arts. They ended up being worshipped by millions, henceforth becoming the God of War.

Then there was a person walking down the street when he suddenly stopped and looked up to the sky and roared, “God! I have returned!”

Everyone is staking their life, fighting tooth and nail on their struggle on their way to the top.

As for Meng Ke, who has stood at the pinnacle from the very beginning, will inevitably look down on the myriad worlds.

Illusion is reality. Reality is also an illusion.

One day, Meng Ke discovered that he could create illusions and turn them into reality.

But when the illusions are shifted into reality, bizarre things began to occur on Earth.