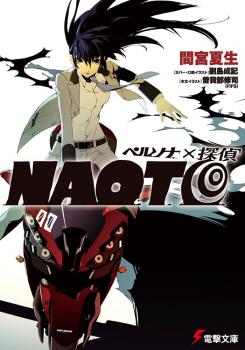 Set one year after the end of Persona 4, Naoto is asked to investigate the mysterious disappearances of two Yagakoro students by an old detective friend, Touko Aoi. There, she is partnered with Sousei Kurogami, a mechanical detective and a polar opposite to her in terms of personality and methodology. In their first encounter, she awakens to a new persona Amatsu Mikaboshi, which enables her to amplify Sousei’s persona ability, Tsukuyomi. Together with Sousei, she discovers the Midnight Site, an anonymous site where judgement is passed on others by five judges named after figures in Japanese mythology– Uzume, Sarutahiko, Omoikane, Tajikarao, and Futotama.