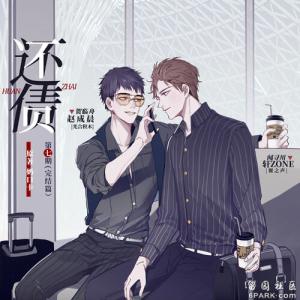 A certain bottom encountered two scum tops in a row, one worse than another.

Ex-ex-boyfriend had a pair of slender peach blossom eyes and was a master at getting around. In the month they were together, there were twenty-seven days of cheating. Yup. In February. Of a common year.

The bottom cried his eyes swollen. Slapping the bed with gritted teeth, he decided to get revenge.

Ex-boyfriend sent the bottom polite invites to come do it 108 times and was blown off by him 108 times. Lying alone on a huge double bed in a hotel, as he jerked himself off lonesomely, ex-boyfriend gritted his molars and seethed, “One day. One day, I’ll do you.”

Then, one day, the two tops ran into each other in a bar.