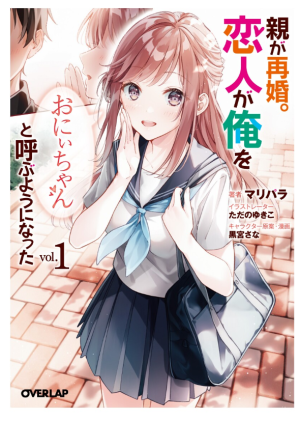 We can’t show this to our step-mother now, can we Onii-chan~.

Having his hidden affection bear fruit as he begins dating Torii Neneka, a classmate and a member of the same club, (the book club) the high school student Morita Daiki was now in a dilemma.

Well it would be very well so, since after his mother got remarried, his lover was now suddenly become his “Stepsister”.

Fearing that strict rules will be imposed on them if their parents found out that they both were dating, they decide to pretend as brother and sister on the outside.

However, the feelings of both living under the same roof grew bigger as time went on. ……?

“You cannot kiss anyone but me only. okay~”

This is the story about the lovey-dovey life of a new couple who was now each others stepsiblings.