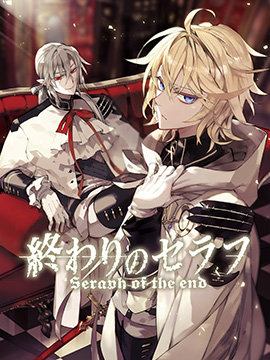 Mikaela Hyakuya hears a rumor about a noble vampire who will take a human’s blood and give them food or other items in exchange. And so, he meets Ferid Bathory.

In the meantime, Crowley Eusford recalls his human life when he participated in the Crusades of the 13th century and later began teaching swordsmanship. A blood-sucking serial murderer preys on the prostitutes of his town, and he and encounters an eccentric wealthy noble named Ferid Bathory while working on the case.