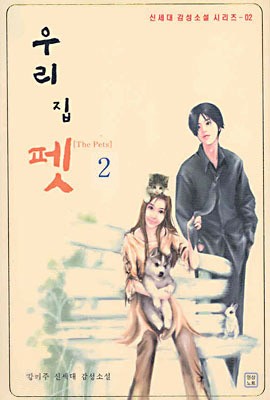 Haein is fired from her work place because of bankruptcy and her boyfriend breaks up with her, having only been set on getting into her bed. As she makes her way home, drunk, she hears the sound of an animal in dark ally. She finds a box filled with abandoned animals: a bunny, a kitten, and a puppy. Saddened, she decides to take them home. As she is about to leave, she glimpses a figure of a man, fainted near the box. She takes him.

She bids him to shower, and finds him unknowing how to. Seeing blood seeping from his head, she panics. As she is about to take him to the hospital, he stops her. She has no but to tend to him at home. She finds a big amount of money in his pocket in cash and later discovers that he has lost all memories from head trauma.

As she names the puppy Yurong, the kitten, Ahrong, and the bunny, Herong. she sees this man was looking at her like he wants a name too, she bestows him the name Darong.

Shin Hwi is a killer. After his mission, he is hit on the head and collapses next to a box. He thinks to himself, wanting to let everything go like the rain fall. He gets found and picked up by Haein and receives the name Darong.