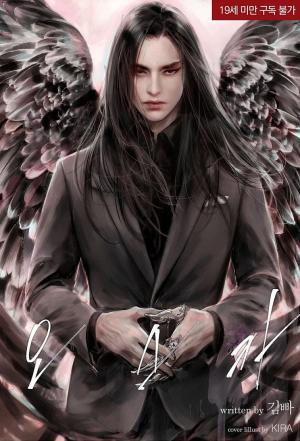 “You know, f**cking. Have you ever seen something of your goddamn twin brother?”

His hand suddenly clasped her chest. The unrefined desire for possession flowed from the grasp.

Annette shook her head in silence with a frowned face.

“Open your mouth right away and answer. Before I burn this place down.”

“I can’t imagine doing that with Kamael. Oscar.”

The devil let out a metallic sound with shining red eyes.

“Say no instead of saying you can’t imagine.”

Oscar’s elbows touched the ground with her head in the middle. The white forearm swelled up as if it was bursting with stiff blood.

Since the beginning, while the celestial and demonic worlds continued to fight endlessly against each other, they concluded several agreements and entered into a potential peace.

And this peace ended when the angel Annette met a bird in the forgotten forest of heaven.