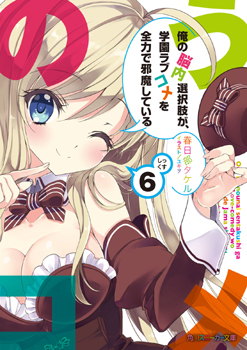 Kanade Amakusa is a high-school student who is suffering from a curse called “Absolute Choices” (絶対選択肢, Zettai Sentakushi). This curse requires him to select an action from a list of two or three options that appear before him at any time, and has no control over what choices appear. Many of them are weird or perverse and as a result, the curse has tainted his reputation with his classmates and other people around him, making his life very difficult.

However, one day, a choice he makes on his way home from school causes a mysterious, beautiful young girl to fall from the sky. Amakusa discovers that she was sent from the God World to assist him in completing a series of missions given to him directly by God himself. After completing these missions, the “Absolute Choices” curse will be lifted from Amakusa; but should he fail in completing any of the missions, he will be stuck with the curse forever.