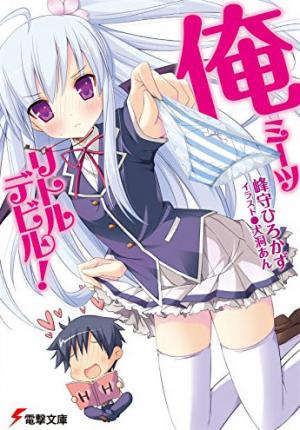 Takuma, a first-year high school boy who is overly delusional, decides to make a contract with a newbie succubus who is also a third-year middle school girl, named Meia! Meia can’t live without eating at Takuma’s fantasies like any other of her kind, but to his surprise, even though she is a succubus, she hates anything ecchi~! (Sex-related stuffs~). She wants him to dream of “Hyaan~ Hyuu~”, but she doesn’t want him to do so in real life! And so~, Takuma is pushed(-played) around at the whims of this demon throughout the day. Amidst of all this, hunters from all over the world come to claim Meia, who had at last awakened as a demon. The two of them start cooperating with each other by one: providing delusions and the other: feasting on them; trying to fight them off! And so~, A sweet school romantic comedy about a half-ripe demon and a delusional boy! Begins~