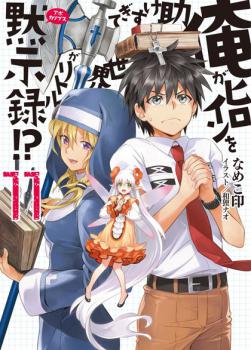 Rekka Namidare likes living his totally ordinary life, but all of that goes sideways when, on the eve of his sixteenth birthday, his father tells him that men of the Namidare bloodline are essentially “on call” for girls in need across the multiverse. When disaster threatens, the heroine of a story will somehow get Rekka involved from now on. Rekka hopes his dad’s just being weird, but a demi-material girl calling herself R appears from the future the very next day! She tells him that because of who he is, he will someday start an apocalyptic war where all the girls he’s saved will fight each other for his heart. Once again, Rekka would really like to ignore this, but the next thing he knows, his childhood friend Satsuki reveals that she needs him to help her fend off an evil mage, an alien princess needs his help to fend off a vile suitor, and he’s summoned to another world by a sorceress to defeat the demon king!