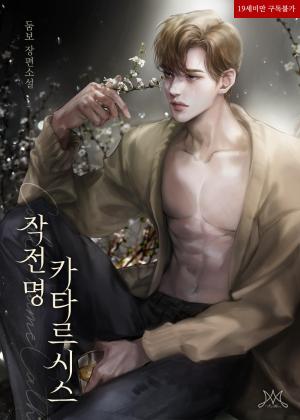 I lived like a tool, nothing more than a consumable. I vowed to never let myself be used again, but when I came to my senses, I realized I was right back where I started.

“You know my name and that I’m coming here today. What else do you know about me, Mr. Ban Woojin?”

He hesitated before his eyes lit up like a child discovering a new toy. His lips stretched into a wide smile. “Miss Seol Yuhwa, I’m not joking. I’m genuinely interested in you.”

I wanted to understand why he was approaching me and saying such things. At the same time, I hoped that this encounter is just a product of my ominous imagination.

“Miss Seol Yuhwa were thirty when she discarded me. She is now thirty-two.”

A small sigh escaped Yuhwa’s lips. Ban Woojin’s voice was gentle as he answered without hesitation, and his attitude was beyond confident, it was arrogant. This talk was extremely stimulating to him.

“Do you know where I recently lived?”

“Then, can you guess why I went there?”

“For cooperation with the powerful. I heard you were quite capable in that aspect.”

This was it. I was caught by the firm voice of Ban Woojin.

“Is the reason you’re looking for me related to that capability?”

Ban Woojin, who had been quick to answer every question until now, fell silent this time. He reached for the catharsis that I had ordered and took a sip of the strong drink as if it were a soft drink. Putting the glass down, he leaned forward and spoke quietly.

I realized that there was no point in resenting the world for never leaving me alone. People would take and use me whenever they wanted and discard me when I was no longer useful. It was simply a matter of focusing on desire and using the other party. There was no need to struggle alone in vain.

So, I decided to become his player.