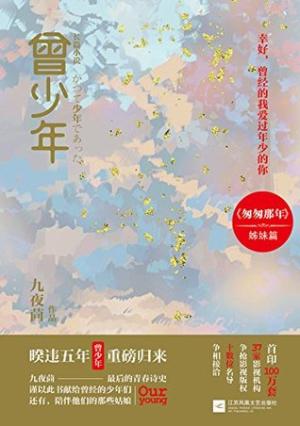 Between people, it is a meeting and a parting.

Some people only meet and part for a moment.

Some people meet and leave for as long as a lifetime.

It seems that Xie Qiao and Qin Chuan met too early.

Before they were born, they started fighting across the belly. The memories of the two people are intertwined, making it difficult to tell which is his and which is her.

That year, they played the “three-word” chase game. Seeing that they were about to be caught by him, in a panic, she shouted: “I love you!”

That year, when the locust tree rustled, she looked at him eagerly, he paused for a few seconds, and said lightly, “It’s the most important friend.”

That year, there was another him by her side, and another her by his side. They are obviously in the same world, but they seem to be separated by a parallel universe.

That year, he said, if no one married you at the age of 30, I would marry you. They accompany and wait carefully, daring not to get too close, but also unwilling to go too far.

They buried their heads deep in the sand called friendship that had accumulated over the years.

It seems that that feeling, as long as it is not spoken, does not exist.

However time will grow old, and love will have a voice of its own.