Obligation of an Arranged Marriage 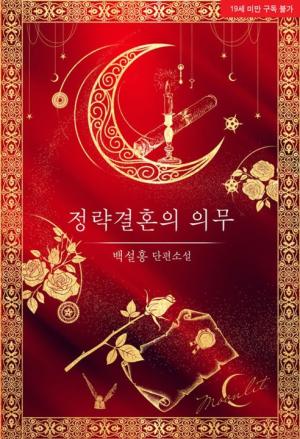 After meeting properly for the first time in 12 years, Leon spoke to Eila with a firm voice.

“So the heir I’m talking about is the child between you and me.”

Leon’s long, thick fingers ran through her hair. Then he gently touched her face, and his thumb caressed her lips. When her white teeth and red tongue was exposed over her slightly open lips, he looked ecstatic and said.

“I hope you will fulfill the obligation of this marriage that you have been putting off, Eila.”

Leon’s voice was earnest even though the person he was speaking to was in his arms.

Did Eila know? How long he had been waiting for this day.

Leon did not let her go from his arms for a long while. The soft touch of her body against his chest and the pounding of her small heart was absolutely lovely. His hands ran through her hair and shoulders over and over again, as if he couldn’t believe she was in his arms. It was a careful touch, as if touching the most precious treasure in the world.

Traces of his desire which he poured out over and over again were flowing from between her legs. He looked at the traces of himself flowing underneath for a moment.

My body only heats up for one person. Only to his wife right in his arms.