Now That I Have the Food Production Skills, I’m Thinking of Starting a Trading Company in a Different World 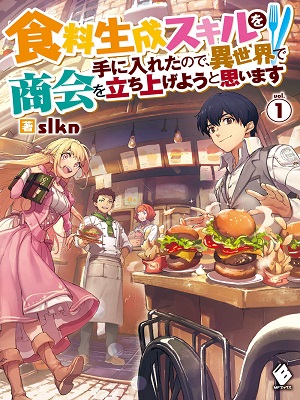 Ryu, an ordinary office worker, was returning home from his work. On his way of return he was searching for a store to eat dinner. On that day, he decided to have ramen noodles and went inside a stall that he found on the roadside, by chance.

However, there wasn’t any food nor any people inside the small stall. Seemingly disappointed, he had no choice but to visit another store on the other side of the street. But when he turned around and came outside, he saw a dense forest around him!

Ryu realised that he had been transferred to a different world and had acquired the skill called “Stall”.

Initially Ryu was disappointed, as he didn’t get any unrivalled combat skill. Later only he did realise that his cheat skill was ridiculously powerful and can produce “Food”!

After exploring the new world and its surroundings Ryu decided to become a merchant and live a leisure life in another world. Interacting with various people and managing merchant associations with friends.