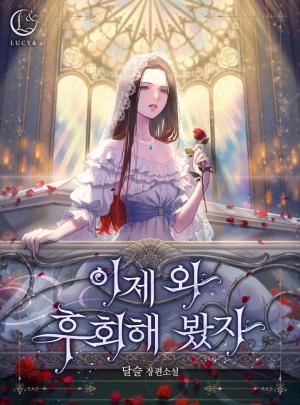 Ines, the illegitimate child of the imperial family, was sold to Rezan, an enemy country.

Rayen wanted to trample her whenever he saw the youthful innocence in her blue eyes. The way she slipped out of his grasp over and over again was annoying, so he seduced her and tamed her that she had no choice but to come to him on her own feet.

When he finally had her within his grasp, it wasn’t a big deal.

Even a blind confession became natural to him.

Until at an unexpected moment, she fled to her death right before his eyes.

“There was something I had to say when I found you again…….”

Ines cut him off.

His expression and tears would not be sincere anyway.

“Then, Your Grace has nothing to gain from me with your tears.”