Notes from the Grey Tower 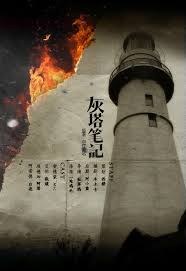 Mathematics is the field for geniuses.

Only weirdos that can no longer be satisfied by mathematics will touch cryptography.

Some say, it was the cryptographers that brought victory to the world war two. They were the weirdos among the geniuses. They broke the enemy’s riddles from the radio signals, and grasped the Nazis by their throat. They remained anonymous. They belonged to the cryptography institute of British Secret Intelligence Service, MI6.

It’s okay to pursuit your lover, but dear Alan Caster, it’s not the best idea to follow him to the cryptography institute of MI6. It’s even a worse idea when the guy you’re after is the boss of the intelligence service, Garcia.

And the worst idea, Alan, was to think about dumping him once you’ve gotten his heart. >.>