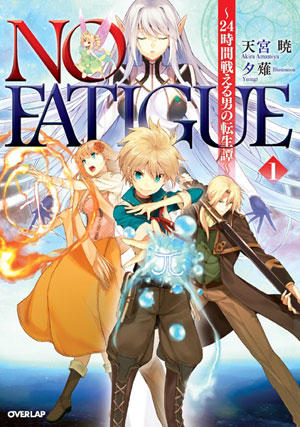 Coming out from a Game Center, the protagonist comes across a random slasher, gets into a scuffle with him to try save a female high-school student and stabs the slasher who dies. The protagonist is then mistaken as a criminal by a policeman coming at a bad time and is shot to death, ending his 30 year old life….. or so it should have been.

However, a goddess of another world sympathised with this protagonist too much and let him reincarnate in the other world. The condition was to defeat the slasher who tried to reincarnate into the same world.

Thus the protagonist had [No Fatigue] ― he reincarnated into the other world with only the skill of not tiring mentally or physically.