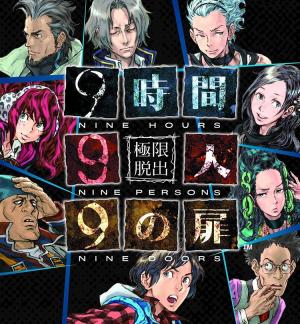 The story follows Junpei who was abducted and placed aboard an empty, sinking cruise liner along with eight other people. The cruise liner resembles the RMS Titanic, a ship which killed over 1500 in the early 20th century. The nine people were forced to participate in the “Nonary Game”, a deadly game which involves numerical bracelets, small bombs in each player’s stomach that will detonate and kill them if they disobey, exploring the ship and solving escape-the-room puzzles in order to survive and escape before they drown in 9 hours. The players also attempt to find out why they were kidnapped.