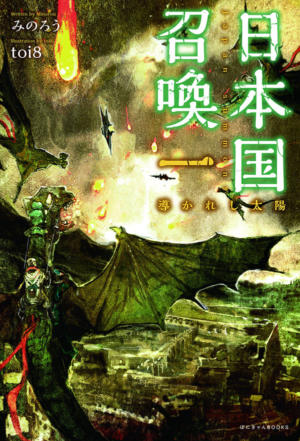 One day, Japan was transferred to another world.

Because of its poor food production and previous reliance on imports from other countries, Japan faced a food shortage crisis. To slow the effects of starvation from its populace, the Japanese government declared a state of emergency. The Japan Air Self-Defense Force explored the surrounding area and found a land mass about 1000 kilometers to the southwest―the continent of Rodenius.

Japan was able to resolve its food shortage after entering into diplomatic relations with the Principality of Kua Toine and the Kingdom of Quira. However, at that time, another country on the continent, the hegemonic Kingdom of Rowlia, declared war on Kua Toine and Quira.

In light of this new crisis, how will Japan respond? A survival story on a national scale!