Night of the Broken Gliph 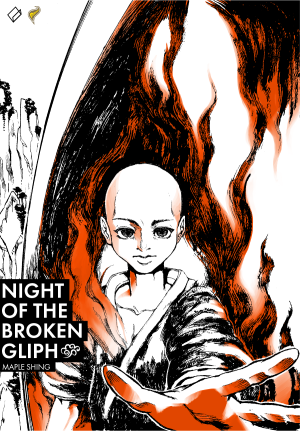 “We live in a world of gliphs.”

In his previous life, he was the best metalsmith on the continent; even the most powerful fighters came to him for weapons. He was no doubt a powerful man, but sadly, his incapability to retaliate left him at the mercy of others.

Chui Yim, once dead, reincarnated into the world of gliphs, accompanied by Heaven’s Flame. However, the violent introduction of Heaven’s Flame crippled his heart chamber.

Born with a heart deficiency, he was unable to perform strenuous exercise, let alone engage in physical fights. As such, his father who worked as a doctor made him study hard and sent him to the Riding Clouds Academy, where he met a close friend who was escaping from his family’s murderer.

Determined to write his own destiny, Chui Yim vowed to break limits and take up the path of a cultivator.