Night Led By The Empress 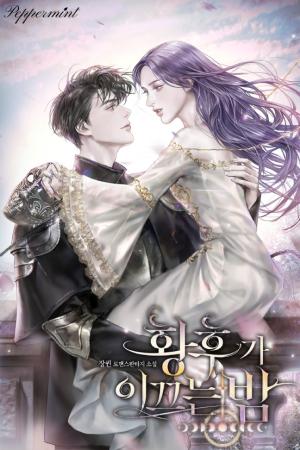 “The Empress was supposed to be my woman.”

The Scarecrow Empress, Diane, lived as the last member of the bloodline of a rebellious family.

In front of her, an unidentified man wearing an iron mask appeared.

“That’s too bad. I thought I was the first one to see the face of Prince Gotha, which everyone wanted to see.”

“Are you saying that you missed me?”

The Prince was as relentless as someone who took pleasure in making fun of her.

“Then I can take it off right away.”

As she stopped him from trying to take off his mask, the Prince pulled her towards him.

The wind completely loosened the front of the tightly-tucked gown, and the fronts of the two people met, touching one another through a see-through chemise.

The prince’s voice echoed low inside the iron mask.

“Right now, I’m holding it in, Your Majesty the Empress.”

The moment the Prince’s identity was revealed outside the iron mask, Diane had already become a northern woman.