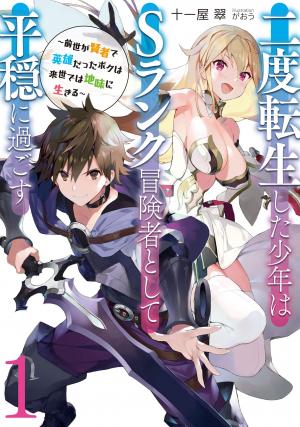 “I have reincarnated again”

A baby, Rex was a reincarnation with two previous lives, a hero and a sage.

Rex, who had learned the dangers of being conspicuous from the memory of the previous lives, vows to live plainly.

“And become a adventurer who is a symbol of freedom, a longing profession from the previous life!”

Rex, who became an adventurer after longing to fulfill his wishes, enjoys the daily life of earning money with an unobtrusive request.

“I’m sorry, while collecting herbs, I was attacked by a dragon and I hunted it.”

To the fact that his plainness is messy.

“Even so, the adventurer rank is easy to rise.”

Boys who are not aware of it still outweigh the surrounding human beings.