My Will Did Not Mean This 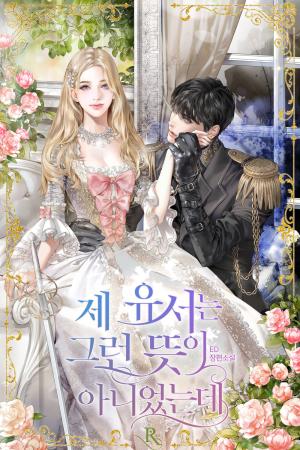 She possessed the fiancee of the Male lead who transforms into a beast in a tragic novel.

She plays the role of a Villainess who dies at the beginning of the original story.

What did she do? She ran away faster than light.

But then got caught…….

However, there is no giving up in my dictionary!

I thought hard, thinking that I could run away again if I break down the Male lead’s walls.

When the Male lead suffers from nightmares, she’ll sings a lullaby.

If thinking that he’ll turn into a beast, comfort him and ease the curse.

If he gets hurt, she’ll treat them.

When attacked by the enemy, they fought and stood by together.

But the Male lead is being strange.

Even the original heroine and the Villainous Crown prince are all around me.…?

Aslan looked at his face in the mirror.

He looked around carefully to see if there was any blood on it.

There stood an attractive man in the mirror.

There were no signs of a terrible massacre.

Under the perfect suit fit, the outline of solid muscles were clearly revealed.

Aslan had never paid attention to his appearance.

For him, it was as worthless as the ants on the street.

Until he thought of wanting to seduce Vivian.