My Villain Brothers Are Interfering With My Relationship 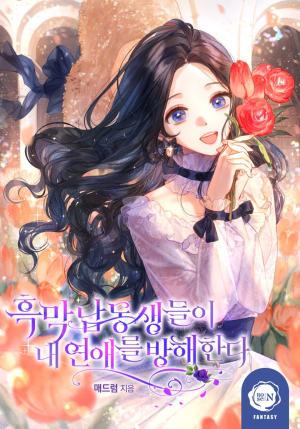 My parents died. I somehow avoided debt with the property I inherited, but I have three younger brothers!

It was impossible to live apart from the family, so I worked as a maid and somehow raised my younger siblings well. Now that things are settled with my family, I’m trying to find my life and love…

“Sister. Throw that man away. I will introduce you to a good man around me.”

It was suggested by my first brother, Edward. He’s my little brother, but he was a guy without blood or tears.

If there is a decent guy by his standards, it’s scary just imagining what his standard is, so when I turned down the blind date, Edward smiled softly.

“Sister. After doing a background check on that man, I found that he owed 50 million berks.”

Subsequently, Daniel, the second oldest, pretended to be surprised. Hey Daniel, you made that man owe you debt…

“Sister! Sister! Don’t just get married, live with us for the rest of your life!”

The youngest, Leonard, who said that, had blood splattered on his clothes. Every guy I’ve dated has strangely avoided me after meeting the youngest… And just hearing my name from you makes me tremble… I definitly have tried to raise my younger siblings well…so how did this happen?