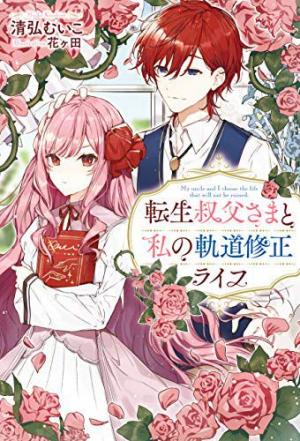 Miriella Fowders is a seven-year-old duchess.

One day, while she was enjoying her tea time in the garden, a strange cry came from the room of her uncle Leon, who had been reclusive for a long time.

From that day on, her relationship with her uncle, with whom she met just a few times on her whole life, would change.

“Miriella”, my uncle said, was a character in “The Otome Game” he had been playing when he was living in another world.

Apparently… In the game, Miriella grew up to be a twisted villainous duke’s daughter with a twisted personality and is destroyed in a fellow swoop.

“It’s not going to happen.”

In order to avoid facing such a tragedy, Miriella’s changing course’s life has begun.

This is a story about a young man who has been reincarnated in the world of an otome game as a candidate for capture, and his niece is the villainous duke’s daughter (temporary).